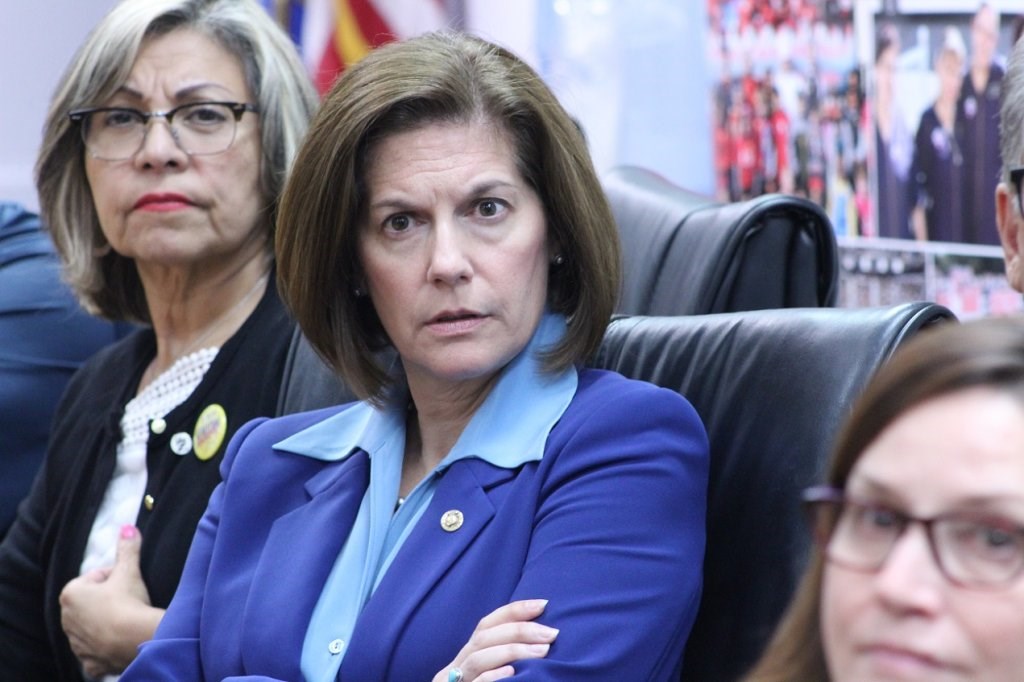 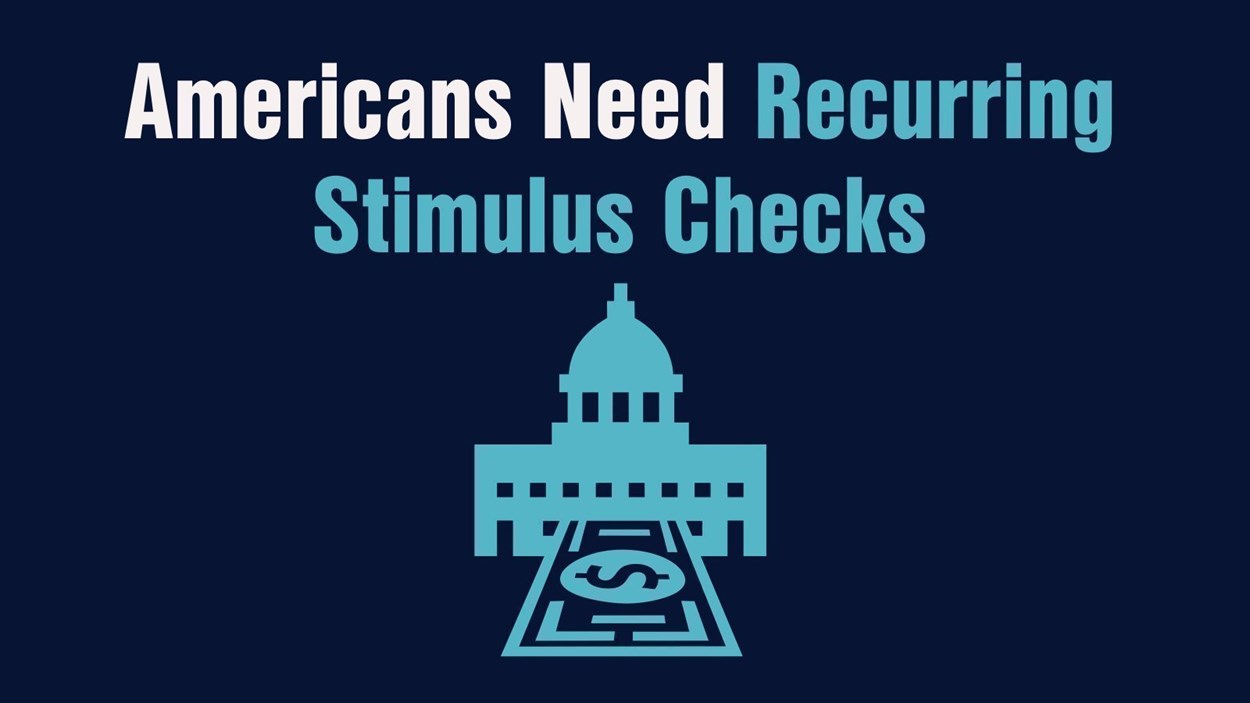 You had these TV commercials put out on Catherine Cortez-Masto's behalf that touts the stimulus checks that Americans received.  Well that's exactly what I mean by "Mendacious Masto" - that narrative is an out and out lie - because it was not her faction of the Democratic party that got that done during the height of the pandemic, it was the progressive wing (It started with the faction known as, 'The Squad' in the House and the Bernie, Elizabeth Warren, Sherrod Brown, faction in the senate that led the charge - they pushed for those checks you received) in fact the proof of the matter is when it came time for a fourth stimulus check  Catherine Cortez-Masto was nowhere to be found regarding that legislation.
Back in April of 2021, 21 US Senators - all Democrats - sent a letter to President Biden with the recommendation that a 4th round of Stimulus checks be sent to the American people.  All the relevant facts were carefully laid out in their letter as to the need for a 4th stimulus.  Yet, Nevada's [senior] Senator, Catherine Cortez-Masto didn't sign onto the letter as you can see here.
I've watched Catherine Cortez-Masto's political career - like a hawk  since before she was Nevada's Attorney General - and time and time again (as an elected Democrat) Catherine Cortez-Masto has shown nothing but utter contempt for the very people - the Democrat voters of Nevada who hired her to go represent their interests in Washington D.C. - to fight for us with the same passion that you see on a daily basis from Senator Bernie Sanders and Senator Elizabeth Warren.
She's no "progressive champion", not by any stretch of the imagination.   She ran as something she wasn't (progressive). There is a saying, "fool me once, shame on you - fool me twice, shame on me."

On the subject of financial institutions as Landlords:

These professional parasites are coming into the Las Vegas Valley and buying up rental properties to add to their portfolios and will sent rents skyrocketing.

What does Catherine Cortez-Masto have to say about it - what will she do?.... well, click on the video. It's absolutely disgraceful her total unpreparedness.  While this video should be watched from start to finish by each and every Nevadan -   at 1:20:30 of the video (below) witness for yourself how utterly clueless Senator-Masto is regarding solutions to this nightmare scenario that is about it hit our state of Nevada - and the nation like a fiscal nuclear bomb.   Her lack of engagement is frightening.

And, immediately after Masto's babbling, you'll hear Senator Elizabeth Warren stand and deliver (likewise Senators Menendez and Warnock both are thoroughly engaged as well).  And we know who this hurts the most black and brown people.

But, when you look at who you she gets her campaign contributions from it's clear and self evident that she's 100% bought and paid for.  This cesspool of cash contributions to her campaign will leave you staggering.  No progressive Democrat worth the salt in their body would give any of these parasites the time of day - scroll through the list yourself.  And if you come to the conclusion that she works for you, you've got serious thinking disorder.

Currently, there is a bill in the House sponsored by California Congressman Ro Khanna that has bicameral support that would have quarterly checks deposited to Americans in the same fashion as the previous stimulus checks.  The money is to come from a windfall tax on the oil company parasites using the situation in Ukraine to vamp on Americans.

It has the support in the senate of Senators Bernie Sanders, Elizabeth Warren and Sheldon Whitehouse and several other senators, but not Catherine Cortez- Masto, no sir, she is, as usual (when it comes to serious progressive legislation) AWOL.

Whenever there is a piece of life altering progressive legislation (and I do mean whenever) forwarded by Bernie Sanders or Elizabeth Warren, Sherrod Brown, Sheldon Whitehouse or Jeff Merkley, Nevada Democrats can rest assure that Catherine Cortez Masto's name will be nowhere to be found in the co-sponsorship.  She makes it a point not to co-sponsor ANYTHING sponsored by Bernie Sanders or Elizabeth Warren.  The worst of it is that she thinks you won't even notice.

Catherine Cortez Masto thinks that Nevada Democrats are a bunch of goddamn fools.

She thinks Nevada Democrats are stuck with her sorry arse D- job performance and that we're the same as dumb ass West Virginia Democrats who allowed a billionaire Republican to run as a Democrat - they elected him as a Democrat to be governor and when he became governor he switched back to the Republican Party and then endorsed Donald Trump.

Like her pal Joe "sorry ass" Manchin (that sleep at the steering wheel West Virginians sent to the Senate to represent their interest) who killed making the Child Tax Credit permanent saying that America's children don't need extra money to keep from starving to death so he killed it.  Cortez-Masto thinks she can get away with not signing onto the most progressive legislation ever put forward in the history of our nation because you're not watching her horrible D- job performance because you're too busy drowning in debt - at the gas pump, and the supermarket and the high rents made even higher with uncontrollable/unpayable rent increases.

Let's send Catherine Cortez Masto into the private practice where she belongs.  I've never witnessed a more purposeful dismissal of progressive legislation, the goals of which are the betterment of regular everyday Nevadans.
I ask you to fire Catherine Cortez-Masto (tell her to tell her Centrist political story walkin' - that you've had enough) and to hire me. Enough of her purposeful ineptitude, her vile homophobia , and her lack of respect for the quality of life of blue collar, and no collar Nevadans trying to make a dollar out of a dime.  Just what 'exactly' has Catherine Cortez-Masto done to make your life better as a Nevadan - what exactly?
I ask you to give me 6 years to forward legislation that will better the lives of the American people.   And, if after 6 years you don't like the job I did (by consensus) you won't have to fire me, I'll leave voluntarily.