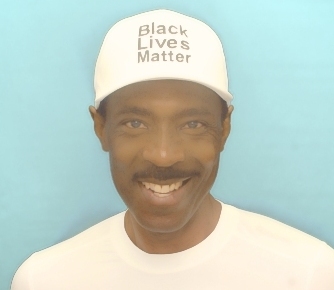 To be a US senator one should need far more than an American law degree (the sum total of Catherine Cortez-Masto's political acumen). The US senate is brimming with lawyers.

One needs to have a certain skillset before you get to the senate - a skillset that clearly Senator Catherine Cortez-Masto is lacking in - in terms of domestic and foreign policy that you acquired out of a personal need to know so that you aren't misguided, overwhelmed when you walk into the Senate faced with people like Patrick Leahy (47 years) and Chuck Grassley (41 years) that have been there for decades on end with their own political agendas.  I have that skillset that I've acquired from 5 decades of studying the Levant, the former USSR /Soviet Union - all 15 republics that made up the USSR, as well as the former Warsaw Pact nations. I have a quality knowledge of the many "frozen conflicts" of immediate relevance (China-Taiwan, Nagorno-Karabakh, North Korea-South Korea). Lacking in that knowledge of the world outside is how you're told (on the floor of the United Nations) by the Secretary of Defense, Colin Powell, that a porta potty is a mobile WMD, which led to a war of aggression by the United States and millions of innocent Iraqi lives lost.

When you as a citizen of Nevada vote for a candidate to go to Washington, D.C., as your U.S. Senator, to represent the life altering interests that effect the lives of blue collar/no collar Americans, you hope they'll do as promised to better your life and the lives of your family and friends. You hope they'll do what we see Bernie Sanders/Elizabeth Warren doing daily to better the lives of the people who sent them there.

But what you don't expect them to do is the exact opposite by representing the interests of big business and the ruling class - which is exactly what Catherine Cortez-Masto has done in her first stint as US Senator.
All it takes is one look at her campaign contributions - of $22,000,000+ and the who it's from to make it clear and self-evident that she's not working for you.  Catherine Cortez-Masto thinks you're stupid, betting that you can't connect the dots, but I've connected the dots to the D- homework she turns in.  Let this first stint be her last.
If you carefully review the links I've posted and after which point you're satisfied with the homework that she's turned into then by all means cast your vote for her.  I'll get to what I'll do as your U.S. Senator - but for right now it's about what Catherine Cortez-Masto did and didn't do as Senator.

Catherine Cortez-Masto is a phone-it-in-senator like so many before her, with a smug sense of entitlement.  Her personal legislative accomplishments are zero - she forwards silliness as her hallmark legislation.  She can't point to one real piece of legislation she's sponsored of noteworthiness - not one bill in the senate - and believe me I've searched high and low.

Even going back to her early days as a criminal prosecutor for the US Attorney's office in D.C., she can't point to a single case of her personally prosecuting any murderous, racists, criminal class cops in any state in the union, when right here in Nevada, it was (and still is) open season on black and brown Nevadans by those same racists cops killing black and brown Americans like it was 1920 Mississippi (with state sponsored impunity).

And, when she came in as Nevada's Attorney General - for 8 years - she  didn't review not one case of LVMPD racist cops murdering some unarmed black or brown human being for suspicion of suspicion (there is no statute of limitations on murder - so she could have gone back to the 1940's/1950's if the SOB's were still alive and charged them with murder).

My temperature rises even talking about her ineptitude.

As quiet as it's kept, Catherine Cortez-Masto is Republican-lite on the Down Low.

And, Adam Laxalt is a Carpetbagger - a garden variety political hustler.