Catherine Cortez-Masto is a disgrace to Nevada's Progressive Democrats. 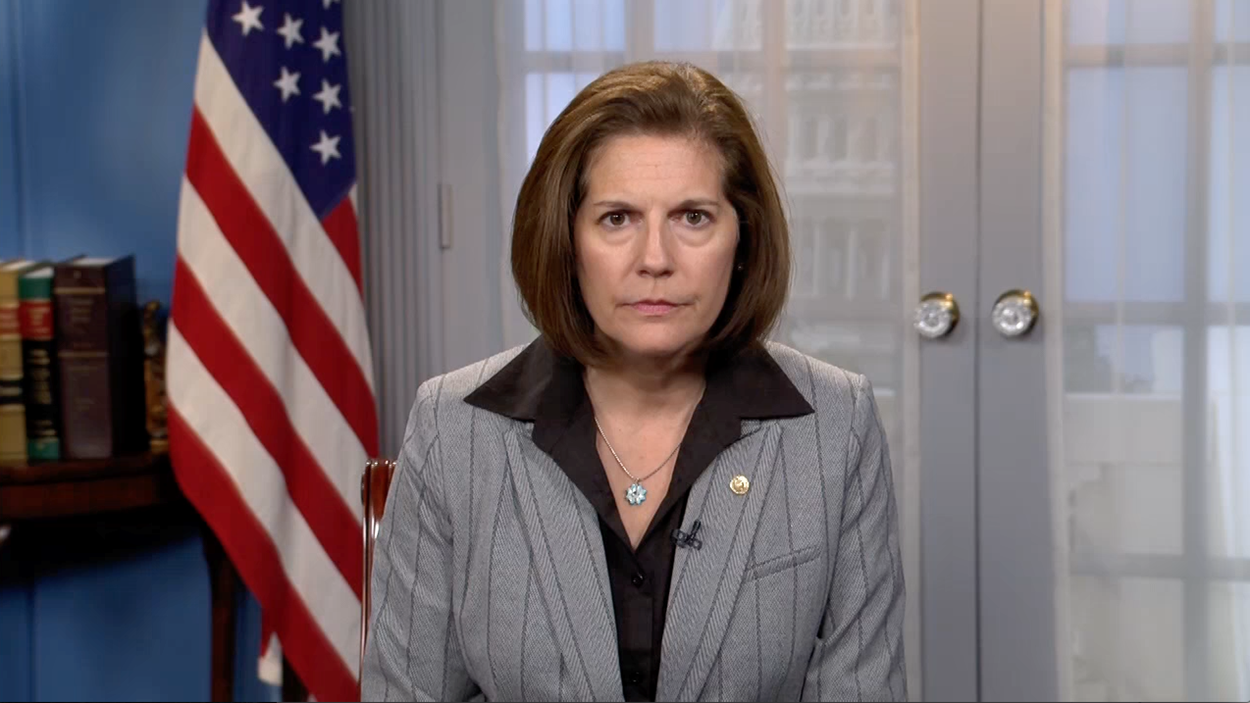 Senator Cortez-Masto's political internal architecture is not aligned with ours on nearly every issue of the utmost importance to us.

Here she is taking orders from this world class obstructionist, Joe 'snake in the grass' Manchin - The Zell Miller of  the Democratic Party of today. I'm certain EVERY Democrat remembers Zell Miller's sorry ass endorsing George Bush in 2004 - Miller was racist slimeball Lester Maddox's protégée.  What progressive Democrat worth their salt would give Joe Manchin the time of day, much less be one of his political collaborators in the senate helping Manchin sabotage each and every piece of progressive legislation (here) that comes to the floor.

In March, 21 Democrat senators sent a letter to President Biden asking for continuous stimulus checks until the pandemic has subsided. 21 signatories, yet Catherine Cortez-Masto's name is no place to be found (nor are the usual suspects of Senators Joe Manchin & Kyrsten Sinema) You needn't ask if Bernie's name is on the letter (here) - along with Elizabeth Warren's name, that goes without saying.

As president of the republic, Donald Trump very successfully STACKED the federal courts

with the worst of the worst in Federalist Society activists judges.

Confirming Federalist Society judges for the Federal Courts is unconscionable. Yet that's exactly what Catherine Cortez-Masto has done:

If Catherine Cortez-Masto was what she claims to be how in good conscience could she confirm a Federalist Society member to 'any' position in government knowing their political orthodoxy?

There is, and will be cases before these federal judges of all sorts of women's rights, LGBTQIA, civil litigation regarding pharmaceutical companies, petrochemical companies, bankruptcy cases, on down the line how - well, how can she help seat Federalist judges as she has -nominated by Trump - knowing full well that they go into the case with their minds already made up in regards to big business. There is a cottage industry of "judge shopping" of moving around bankruptcy cases from one venue to another to find a favorable judge - does she not know this - of course she does, she's a lawyer she has to know, she simply doesn't care.
She does these acts because she's not progressive-minded - AT ALL - she's your typical neoliberal-centrist Democratic Party politicos, our Democratic Party overflows with her ilk - who must be given their walking papers.

When the opposing political party (Democrats at the time) finds itself sitting in the minority in the senate in those critical times - let it be in 'loyal opposition to all' that the ruling party (Republicans at the time) puts forward.

If any judge(s) were/are to be opposed based on their corrupt judicial philosophy it's a Federalist Society activists judge.

Yet, Senator Cortez-Masto confirmed (here) "Trump's many Federalist Society judges" - like Hala Jarbou to the federal court for the western district of Michigan, along with Manchin & Sinema - the three of them working together are a noxious triumvirate.  There are other Federalist Society judges she's confirmed along with Manchin & Sinema to 'lifetime appointments' to the federal courts - namely, Sherri Lydon (here) &  Anuraag Singhal (here) & Annemarie Carney Axon (here) & Matthew Schelp (here).  On November 29th, Schelp halted President Biden's vaccine mandate in 10 states.

And with Roe v. Wade about to be destroyed by SCOTUS after nearly 50 years standing strong - American women in all right-wing regions of the nation will have an enemy  of their reproductive rights in the federal courts system that in many cases our Nevada Senator Catherine Cortez-Masto voted to confirm.  It's unconscionable behavior on her part to have confirmed anyone that Trump nominated to the federal courts (and ambassadorships as well).   If Donald Trump nominated them that should have been an automatic disqualifier.

These are just the ones that come to mind (I caught these watching CSPAN - smh).  There are other Federalist Society Judges that Masto has no doubt confirmed by a process so utterly absurd (and designed to obscure duplicitous conduct) it will leave you staggering backwards - "the voice vote."

I'm certain Nevada Democrats didn't hire her to do what she's doing.

In all the years Senator Cortez-Masto has been in the senate she hasn't 'sponsored' one piece of non-status quo legislation - not one piece.  She is the poster child for status quo, neoliberal politics.
West Virginia Democrats allowed a multi-millionaire/billionaire Republican - Jim Justice, a lifelong Republican to play them for jackasses by running as a Democrat for governor, winning as a Democrat and once sworn in he flipped back to what he was all the time - a dyed in the wool Republican - well, West Virginia Democrats may be that politically ass backwards - clearly they are ass backwards letting that kind of crap fly, but Nevada Democrats are far more politically sophisticated.  Catherine Cortez-Masto shows her political colors by her mere association with the likes of Joe Manchin and Kyrsten Sinema.

And, when confronted about the underhanded use of the "filibuster" (the filibuster needs to go the way of the doo-doo bird in American politics) Senator Cortez-Masto engages in sophistry as if Nevada Democrats are as politically vapid as West Virginians (here).

In the two links below, I will lay out for you from the beginning of Ms. Masto's political career, all of her political failings, starting back when she was a federal prosecutor.

Catherine On A Hot Tin Roof  / No Mas, No Masto 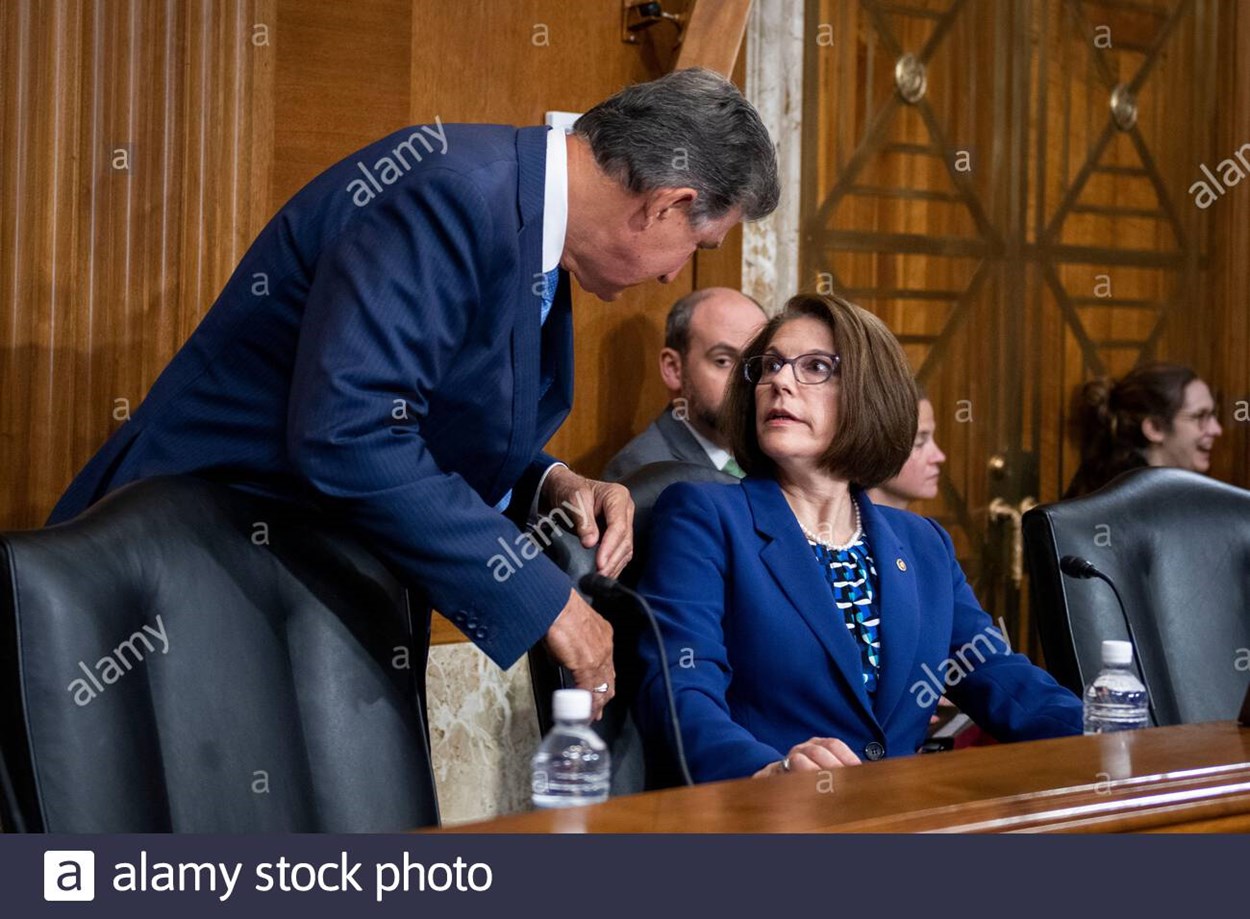