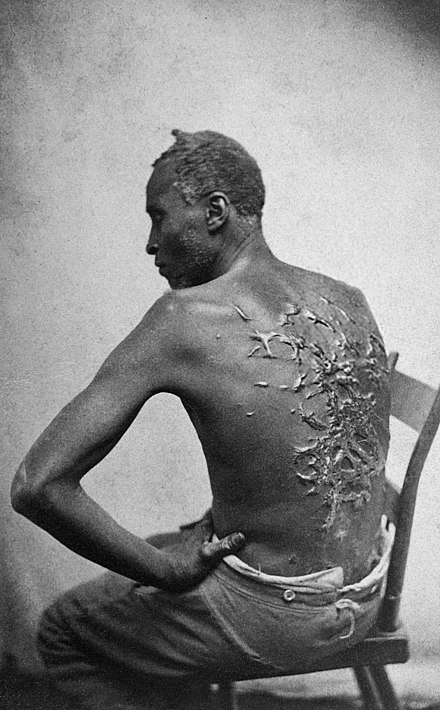 A murderous hatred of black people by racists whites means a hatred of all people of color - not just black people.  It's imperative that at the conclusion of reading this you click on the "KlanWatch" link to learn more about the Titus Klan.

While millions of white Americans have some connection to our nations ugly past of chattel slavery, the unmitigated violent racism towards black people  - along the way that chain got broken for millions of white people.

However, the gene tree of Congresswoman Titus is one of a very deep racial hatred of black people that continued on unabated well after the Civil War ended in defeat for the South.

If you're a black person, the Titus family tree would have you hanging from it.

I personally learned of one of her descendants (Henry T. Titus) when I was in jr. high school, because he was raised not far from Philadelphia, Pa.  I had a junior high school teacher who first introduced me to the name Henry Titus as this man born in Trenton, New Jersey,  who then moved to Wilkes Barre, and during the Civil War so believed in the institution of slavery that he went to Kansas with the intent of bringing slavery there (the famous battle known as, "Bloody Kansas"). Then, later he went on expeditions into Cuba and Central America - with a Southern reprobate by the name of William Walker attempting to bring slavery there as well.

This virulent racist, Henry Titus being labeled a, "soldier of fortune" is like a pedophile calling himself a sex education teacher (https://en.wikipedia.org/wiki/Henry_T._Titus).

His son, Theodore Titus Sr., became a judge in Georgia (Dina Titus' place of birth) were he sentenced black people to jail on all sorts of totally fabricated charges to Georgia's notorious chain gangs (also known as "convict leasing").  No doubt he made himself a pretty penny in that amoral trade - a case in itself of the Titus Klan owing reparations to black Americans.

Dina Titus' father, Joe Titus, was known for his many fireside tales of the good ol' days in the South.

Once, he was told of the death of a black man he knew that had worked for him at one time to which he said, 'oh, he's off in nigger heaven now' - then went on to described - in detail - what life was like for blacks in, "nigger heaven."

There is a House Bill, HR 35 dubbed, the "Emmett Till"/anti-lynching bill, that was first introduced by Congressman Bobby Rush, of Illinois, on Jan. 3, 2019.  It sat WITHOUT Congresswoman Titus' support for 13 months, over a year - until it passed the entire House in February of 2020 - before Dina Titus gave her support to the bill.  The only Nevada congressperson to co-sponsor the bill prior to its passage by the house of representatives in February of 2020 was Congressman Steven Horsford.   https://www.congress.gov/bill/116th-congress/house-bill/35/cosponsors?KWICView=false&searchResultViewType=expanded&q=%7B%22cosponsor-state%22%3A%22Nevada%22%7D

Ethnic hatred of black people runs deep in America and events like these events above help to thicken proofs that demonstrate thinly of a white person's internal racial architecture.  How could such a bill (too little, too late for Emmett Till and the thousands of other blacks murdered for being black) sit without Dina Titus' co-sponsorship, a woman born in a sundown town in 1950, in the deep South (the state of Georgia) in one of the most racist states of the South, a state with a documented history of murdering black people with impunity, not be one of THE FIRST co-sponsors of a anti-lynching bill?   The weight of history dictates that she be one of the first co-sponsors, if not the originator of the bill were she who she pretends to be.  If nothing else, she owed that to the black people of the district she represents - and by extension every black person in Nevada.  The first anti-lynching bill was introduced in the house of representatives back in 1918, by a white congressman from Missouri, Leonidas Dyer. In 1922, it passed the house of representatives, but, it was blocked by Southern Dixiecrats in the US Senate from becoming law - that was 98 years ago.

It took another 98 years for it to become law?   Think about it.

Lastly, There is also a very disturbing website (KlanWatch) that has a link on-line that's been there for 14 years now.  I'll post it for your perusal below.  If any of it is even remotely true, Congresswoman Dina Titus has some serious explaining to do to the citizenry of Nevada.  Oh, the man in the photo above - his name was Peter, Peter Gordon.

This black woman's name is Laura Wilson. Both she and her son L.D were hung from a bridge.  Before they hung her she was raped.  https://en.wikipedia.org/wiki/Lynching_of_Laura_and_L._D._Nelson