They broke it, they bought it - it's that simple. 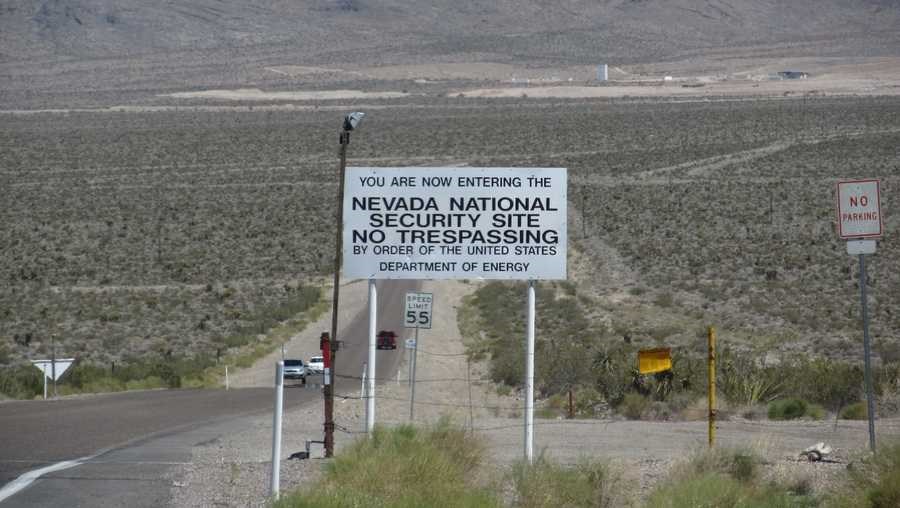 I am certain that you didn't move to Nevada to live atop a nuclear waste trash landfill - I certainly didn't.  This isn't just one person's failure it's a collective purposeful failure of Nevada's entire Congressional delegation - all 6 of them, along with our state and local leadership, Governor Sisolak (who has the power to call out the Nevada National Guard to stop the train on the tracks transporting this filth at the Nevada border).

If you think Joe Manchin behaves badly to get what he wants I'll make him look like a choir boy - I'll hold up funding, judicial confirmations, ambassadorship's - I'll grind major legislation to a complete standstill.  In politics, there are times when one has to get down in the f****in' mud with the elephants (and the donkeys) to get things done - this is one of those times.

See, they all feign ignorance as if they didn't know until it arrived in the state but it will be impossible for them not to have known prior and to feign such ignorance should tell you all you need to know about their poor job performance not to have known.
How can Senator Cortez-Masto claim not to know this well in advance when she sits on the Energy and Natural Resources Committee in the senate?   That's her job title to know here.

I bet you a dime that the Congressional delegation in the state(s) this nuclear refuse departed from knew - and were doing high-fives with one another to their problem solved.  If as entity uses fuels from Hell that create nuclear waste, well, they broke it, they bought it should be the refrain.
This Covid-19 crisis helps to thicken the proves that demonstrate thinly of the lack of competence on the part of our Nevada congressional delegation and our governor.  Every congressional delegation in the nation should be more than aware of what's in Oak Ridge Tennessee.  It is the birthplace of the Manhattan Project.
A decade ago - in 2010 - the Obama Administration changed the name of the Nevada Test Site to Nevada National Security Site, well, you can change the name of a landfill to Honeysuckle Road, Sweet Daisy Lane, but you can't change what it is -  lipstick on a pig is still lipstick on a pig.  I smelled a rat back in 2010 with the name changed and said as much when I joined both Twitter & Facebook back in 2011.
A name change that's supposed to tell us here in Nevada to be patriotic and be the nation's nuclear trash dump?  I don't think so.

Every Congress-person in America sits on several committees for oversight of all government agencies.  Congresswoman Dina Titus sits on Homeland Security and other subcommittees (Transportation and Infrastructure - https://titus.house.gov/media-center/legislation/committees) that would be well aware of the Department of Energy's multi-decades long quests to use Nevada as the nation's nuclear trash dumping site.

So the entirety of of congressional delegation making pretense that they didn't know that nuclear waste was being shipped to Nevada is disingenuous (essentially admitting to gross incompetence by not knowing what was in these shipments - likewise our own sorry assclown of a governor who claims to be protecting our health, making pretense that he, too, didn't know what was being shipped to Nevada is equally disingenuous - they all knew well in advance of the natural of the shipments).  I didn't move to Nevada 22 years ago to live in a nuclear waste landfill - I don't think you did either.   I regard everything nuclear to be repugnant and a danger to humanity.

My buyer's remorse of Governor Sisolak grows ever stronger by the day - he just doesn't get this idea of leadership.  He has at his immediate disposal the Nevada National Guard - he could have stopped these nuclear waste shipments from entering the state, turned them right around and sent it all back to Tennessee - they made it, they keep it - period.

As a Nevada Senator I would have known it was in the works well in advance and behaved very badly to the point the idea would have been dropped - entirely.
The Nevada of today isn't the Nevada of the 1950's, when [then] Governor Charles Russell allowed Nevada to be used to test atomic bomb's - there weren't 60,000 people here back then. Well, now, we're over 3 million people - that's a population larger than many nations.
Let's band together and stop these shipments by the Department of Energy.  Your congressional leadership is tasked with protecting you from nuclear waste poisoning, as well as COVID-19 -  it's clearly failed you on both of these.

https://m.lasvegassun.com/news/2019/jul/10/sisolak-unauthorized-nuclear-waste-possibly-shippe/
If you think Joe Manchin behaves badly to get what he wants I'll make him look like a choir boy - I'll grind major legislation to a complete standstill.
Committee to Elect Allen Rheinhart
Powered by CampaignPartner.com - Political Websites
Close Menu