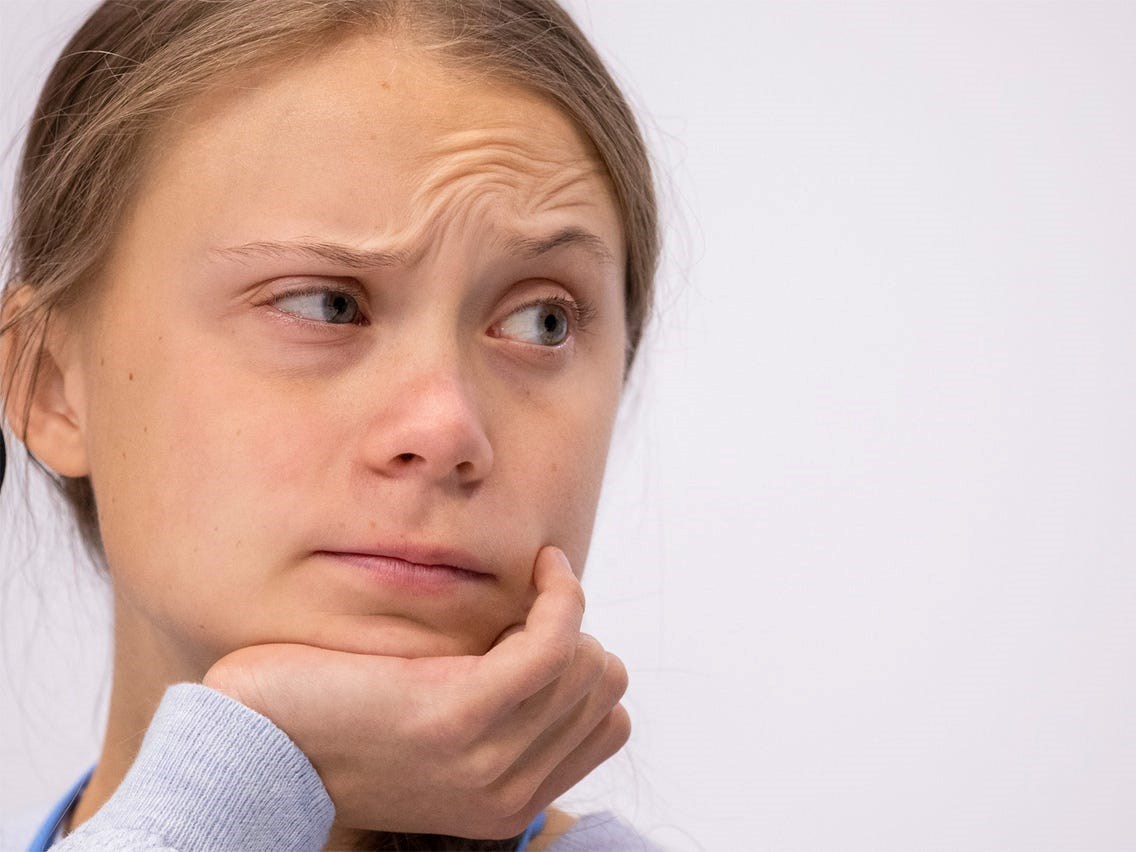 "Unite Behind The Science."

Isn't she something else?

Climate change is undeniable, this is an entirely man-made disaster on a global scale.

Shifting the world's economy off coal, oil and gas is mandatory if we're to survive as a species.  The bigger the mess we make the bigger the mess we have to clean up later - but, later will surely be too late.  There has to be global leadership by the nations that are the primary earthly polluters to the reforestation of the earth to interdict climate change.  The destruction of the earth we all inhabit is a crime against the entirety of our human family - which constitutes "Ecocide."

A massive carbon draw-down solution is the reforestation of our planet with the planting of 1.2 trillion trees (to work alongside the current 3 trillion trees in the world (as estimated 3 trillion trees) as the lungs of the earth by facilitating a combined area world-wide as large as the United States to do so.
The protective ecosystem services which forests provide - tress are the lungs of the earth we live upon. .
There is no one magic silver bullet which will solve the problem (in all reality it's an unsolvable problem because the damage done is irreversible.  The combined intelligence of all of the nations finest minds working in tandem is where we should be headed - but we aren't.
We are facing the greatest threat in thousands of years - the human eye has witnessed the impact of climate change - we've thus far witnessed in just the last 4 years greater floods, greater heat waves, more destructive tornadoes & Cat 4-5 hurricanes - at the current rate of warming (of 1 degree Celsius)  we face a devastating future.   Urgent political action is needed - but that starts with electing people like myself who will do something about it, not pay lip service to this madness.
The affair cries haste and speed must answer it.  What we do in the next few years will affect the next thousand years.
To better understand the catastrophe in front of us:
Greenland lost 4 trillion tons of ice.  Sea level has risen 20 cm in the last 100 years - rising seas will displace 600 million people in the next 20 years. In the US, the state of Louisiana is losing a football field of land every 45 minutes.   Forest disturbance (deforestation) via methane gas is 20 times more powerful than CO2 gases.  It lies under the permafrost - everything you buy has a carbon footprint. Cultural and political changes are the imperative, but the damage done thus far is irreversible, and left no one tell you otherwise.
Committee to Elect Allen Rheinhart
Powered by CampaignPartner.com - Political Websites
Close Menu